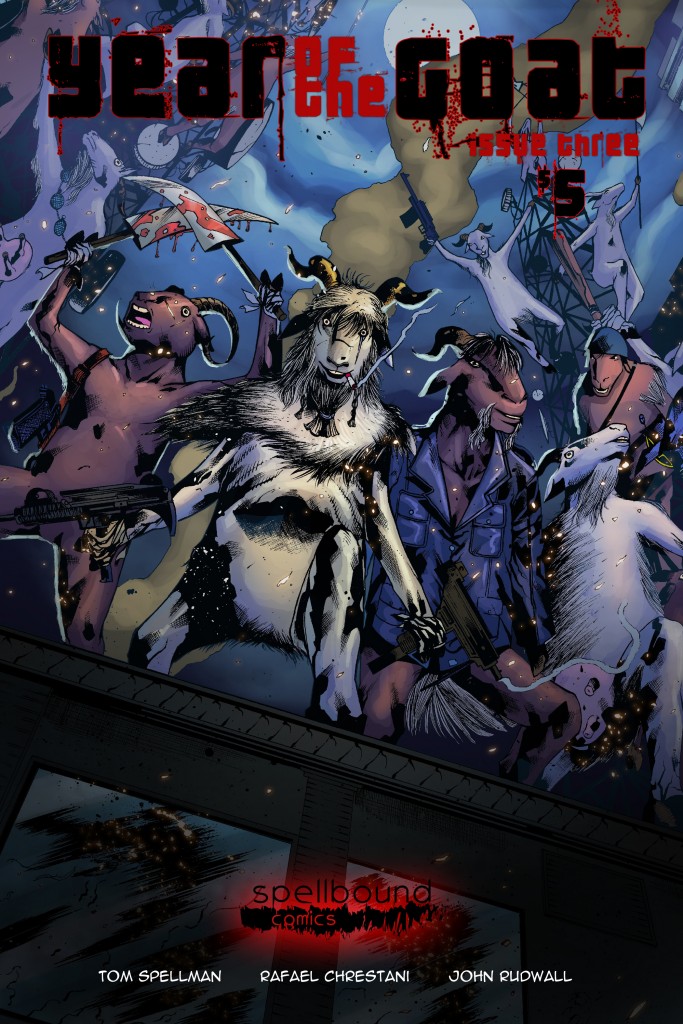 Mysteries continue to mount in Year of the Goat Issue #3. At the end of the second issue, we were introduced to a blue-eyed stranger, a cowboy of sorts who comes along and it seems he is to be a hero of sorts.

Which, in issue three, he sort of is. We’re shortly introduced to Blue Bell and Pop, two folks who seem to be the only two around for miles and at the same time, there are evil and brutal plots happening with the growing goat empire.

With each Year of the Goat issue, I am impressed with the layers of story that are unfolding with something that some may think is a joke upon first contact. In my interview with writer and creator, Tom Spellman, we talked about his inspirations for the story, and where the story will continue to build. Issue three, as promised, provided some even more aggravating teasers that give you just enough bread crumbs to keep you sated.

One of the best things with this series is that the story has me puzzled as to what is going to happen next. Of course any goal of a series is to keep the readers hooked with the mysteries unfolding, but sometimes, stories are crafted in a way that makes it easy for the reader to figure out what events may transpire. Year of the Goat is different in that respect and I think it’s because of its bizarre nature that the reader is taken through the story not knowing where we’re going to end up next.

The end of issue two left us hanging on the blue-eyed stranger, but issue three leaves us with an even more ominous presence: El Diablo.

Who is El Diablo? Obviously he’s a goat. A big goat. More than likely he’s the biggest, baddest goat of them all and will probably take over the world. Yet, there is no telling what may happen next.

Issue four is coming down through the pipes and you can get in on the gore-tastic goat action beginning February 29th on Kickstarter. You can follow Spellbound Comics on Twitter or head to Facebook for the official Year of the Goat page to keep updated on new issues.

All in all, Year of the Goat is a really fun series that I’m thoroughly enjoying each of the contributing components to its success including the writing, the art, and a really cool concept that puts some great humor into even better horror.

You can purchase the first two issues of Year of the Goat electronically on Comixology. 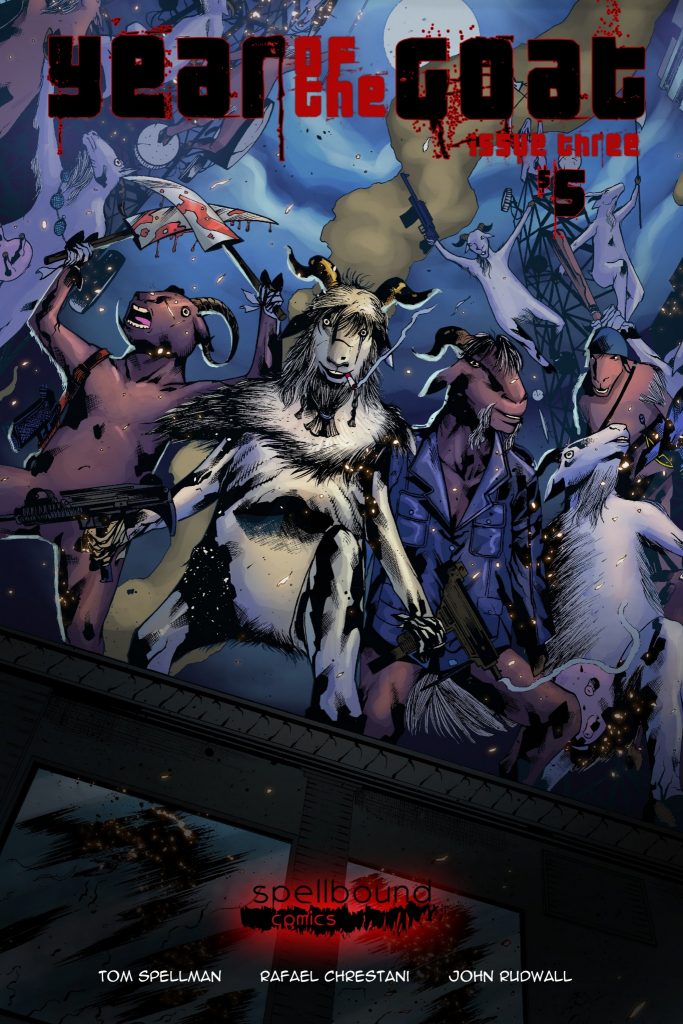 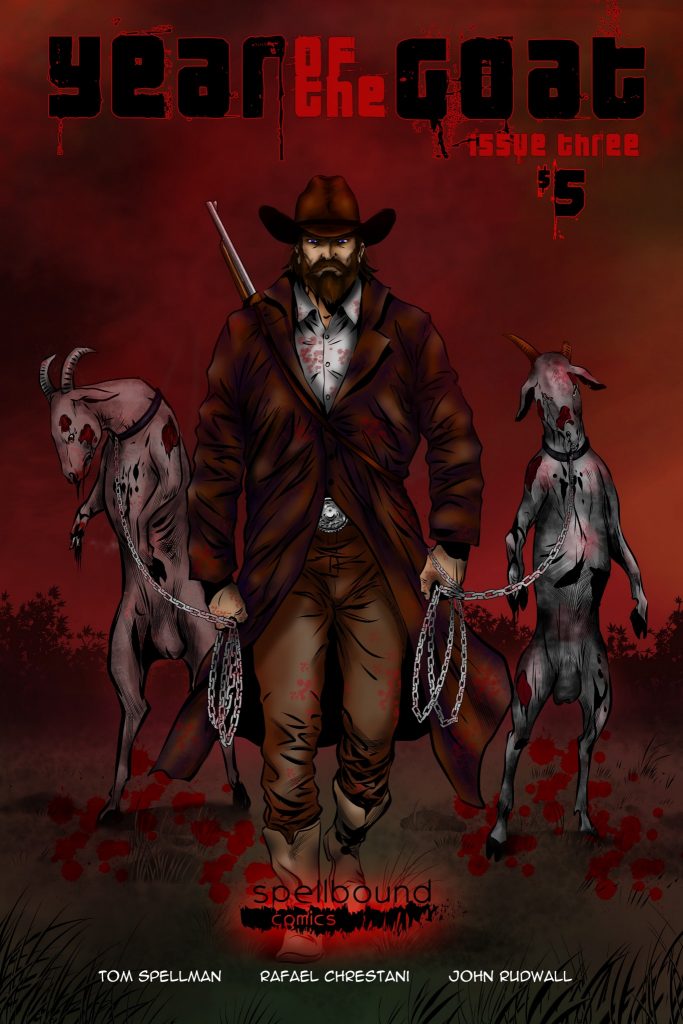 One of the variant covers of issue #3. 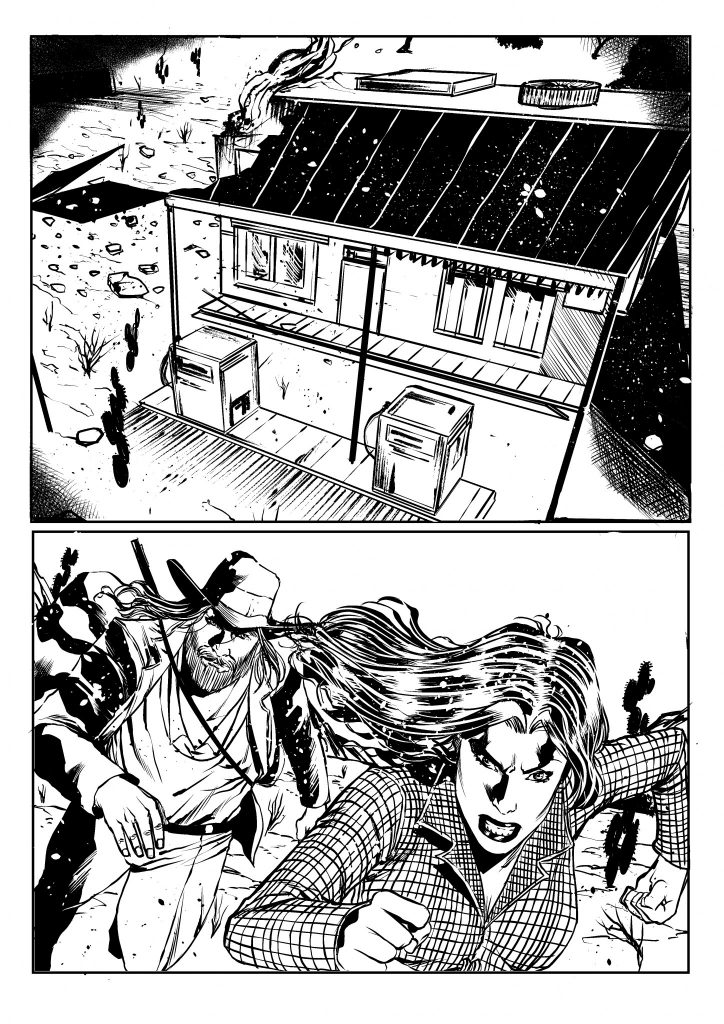 Can they get back before it’s too late? 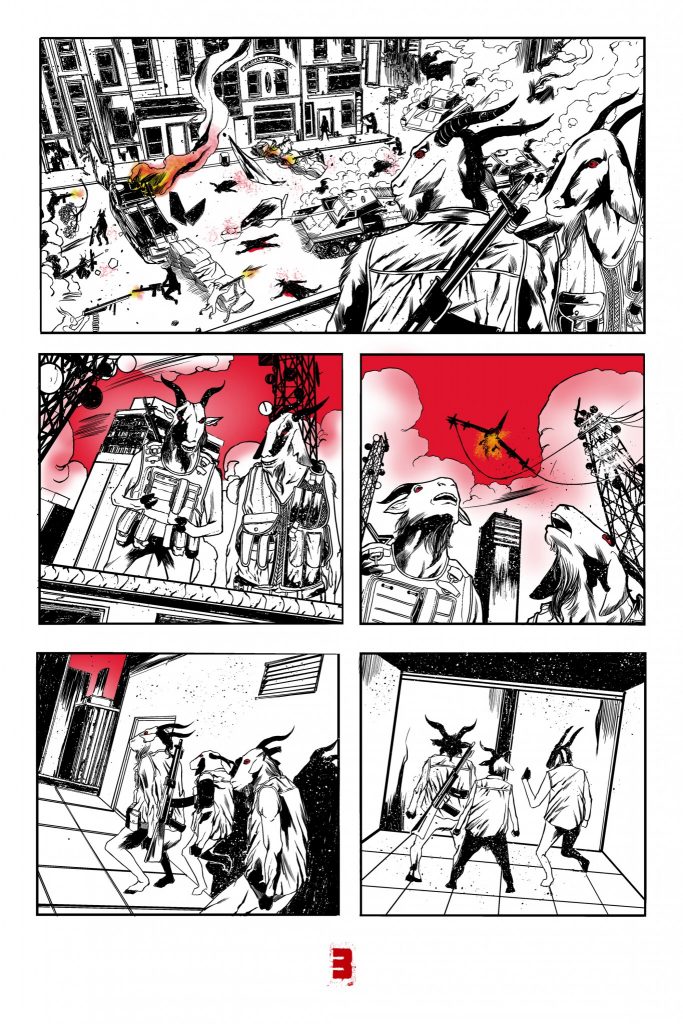 Goat-induced chaos descends across the planet.