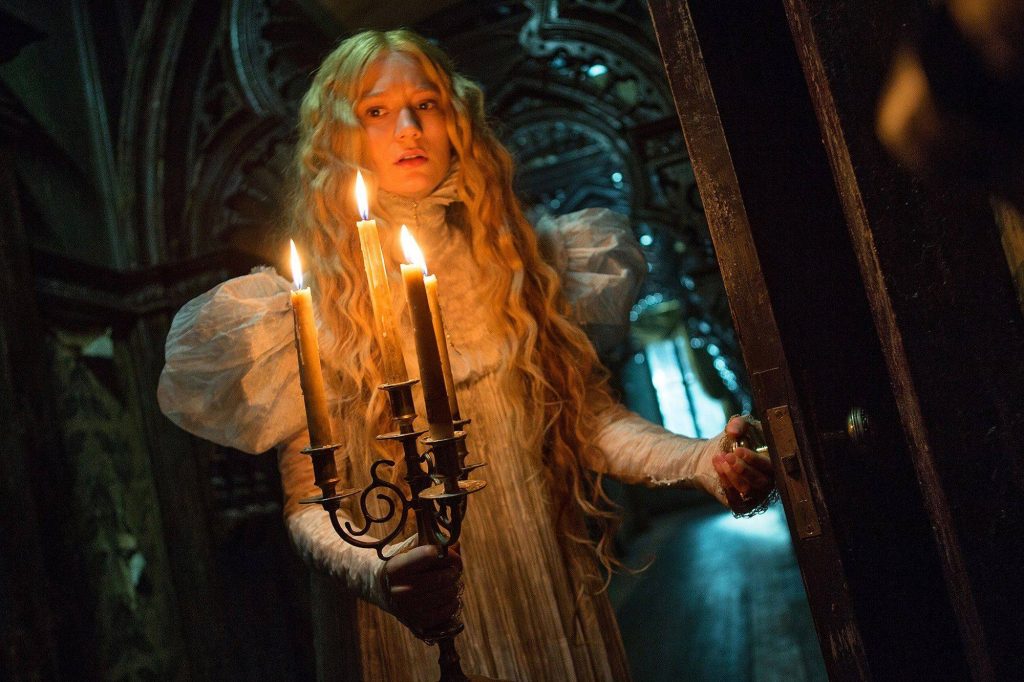 Guillermo del Toro movies have been dazzling and terrifying audiences for years. A writer, director, and producer, he is best known for creating visually stunning works like Hellboy, and Pan’s Labyrinth. Yet, he has sent chills up the spines of his viewers with films like The Devil’s Backbone, and now, Crimson Peak. 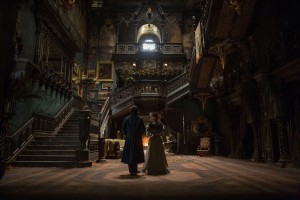 After waiting for months to see this, the excitement I had could not have been any higher than it was when I sat down in the theater late last night. From seeing the trailer and discovering the brilliant cast lineup—some of my favorites being (of course) Tom Hiddleston, Mia Wasikowska, Jim Beaver, and everyone’s favorite creature man, Doug Jones—I was in total awe experiencing the dedicated maze at Universal Hollywood’s Halloween Horror Nights. While some have high expectations for films, only to have them dashed when it finally comes out either because there was too much hype, or simply poorly executed, my faith in this movie never wavered.

When the lights went out and the opening credits began, I was thrown into Guillermo del Toro’s brilliant world of vivid colors, shadowy corners, and captivating storytelling once again.

Not only did the film live up to my expectations, the seamless performances, incredible set design, and flawless blend of practical and digital effects rocketed Crimson peak to the top of del Toro’s greatest accomplishments. 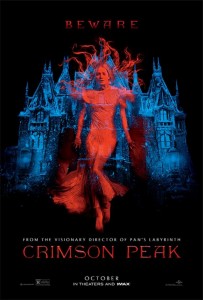 In the aftermath of a family tragedy, an aspiring author is torn between love for her childhood friend and the temptation of a mysterious outsider. Trying to escape the ghosts of her past, she is swept away to a house that breathes, bleeds…and remembers.

Edith Cushing (Wasikowska) is a passionate writer who believes in ghosts. Not only is she the classic del Toro heroine who is pitted against the tragedies and evils of both the supernatural and the real world, but she is a retelling of the Victorian and American Gothic woman for a modern audience. More of the fiercely intelligent and determined individual rather than the damsel in distress, her journey throughout the film is representative of the female writer’s struggle, both in the time of women’s suffrage, as well as the struggle of today.

Yet, the story goes deeper than that. It delves into themes of parental loss, mental illness, economic displacement, and of course, the things we leave unsaid, keep secret, and the identities that we hide from the world.

Horror fans—especially those of del Toro—will appreciate the subtle and in-your-face scares that the film has to offer. These aren’t cheap jump-scares, these are anxiety-inducing, creeping through the hallway and looming around the corner kind of methods that build up fear rather than giving an initial jolt that eventually dissipates. Crimson Peak is also incredibly violent and bloody. While it’s not a slasher film, there are moments so blunt, gory, and vicious that even those with a concrete constitution may feel their skin crawl and nerves twitch and cringe. Particularly throughout the latter part of the film, there were many times that you could hear audience members letting out those squeaks of disbelief and mortified awe to what was happening on the screen.

The beginning of the film after the first few scenes starts to get a little slow, but there is good story taking place during those scenes: del Toro builds the depth of the characters involved in this gruesome tale. A delightful film to those seeking a different kind of horror movie and another Guillermo del Toro masterpiece.