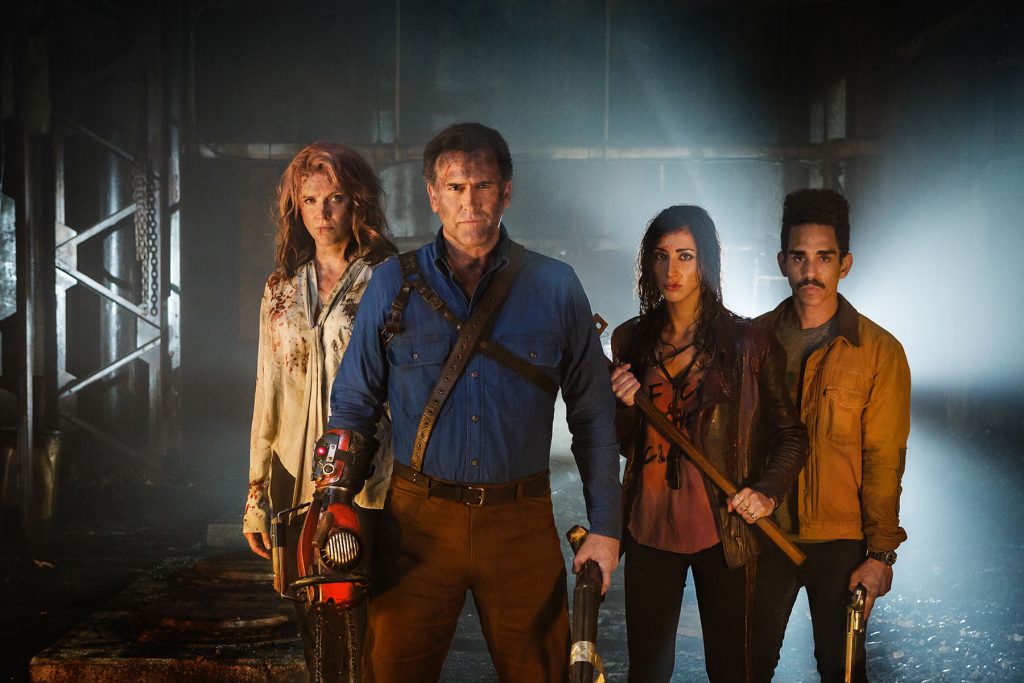 Ash vs. Evil Dead on Starz was what long-time Evil Dead fans have been dreaming of, and now, you’ll be able to experience the scares from the screen in Universal’s latest addition to the Halloween Horror Nights maze lineups for 2017.

A cult classic for over 30 years, the gory and campy story of Ashley J. Williams’ fight against the Deadites has been a horror crowd-pleaser, and a cornerstone to Evil Dead creator, Sam Raimi’s career. The continuation of the project, long-awaited Ash vs. Evil Dead on Starz, which will soon be in a third season, has had rave reviews from fans all over the globe. Actor, and all-around cool-guy Bruce Campbell, has been synonymous with the chainsaw-wielding-Deadite-slaying hero, Ash, and is adored by fans everywhere, reprising his role that has turned the cheesy one-liner ass-kicker into a character that has great depth while maintaining the charm from Evil Dead, Evil Dead II, and Army of Darkness.

We can’t wait to experience what Universal’s Halloween Horror Nights Hollywood and Orlando have in store, so check out the trailer in the tweet below and let’s all, “Hail to the King, baby!”

Hail to the King, Baby! Ash vs Evil Dead is coming to #UniversalHHN! Groovy. pic.twitter.com/JLTUjg4K90